When I look back on a year of reading, I tend to see the same trends: many cookbooks, a few memoirs or collections of travel essays to satisfy my self-imposed quota of nonfiction, and an equal mix of novels and short story collections, mostly published the same year. Not 2017. I broke most of my own molds last year. I still read cookbooks, because I love them, but I managed to finish only 9 short story collections. I read more nonfiction than in any year I can remember– mostly essays about feminism, systemic racism, and politics. (Go figure.) The novels I read were long and detailed. I rediscovered Salman Rushdie and Alice McDermott. I cemented George Saunders in my pantheon of Great Authors, and expect Jesmyn Ward to be there someday, too. I finally read James Baldwin, Ann Patchett, Anne Enright. I read books shortlisted for awards– Pachinko by Min Jin Lee, Locking Up Our Own by James Forman, Jr., Little Fires Everywhere by Celeste Ng– and adored others that were puzzlingly under-read, or at least under-reviewed, like The Story of a Brief Marriage by Anuk Arudpragasam and Human Acts by Han Kang. As always, I am thrilled to have met my reading goal, shared true gems with my book friends, and assembled a to-read list that will carry me well into the new year, just in time for more highly-anticipated books to come out! Here are my Top 10 books of 2017, mostly in order of how much I loved them… and here’s to more great books and plenty of time to read them in 2018. 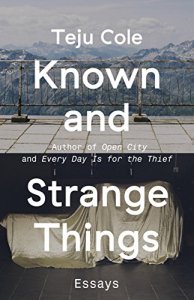 This is one of the first books I read last year, in the cold and still month of January, and I knew the entire time I was savoring it that it would be on this list at the end of the year. Here are my notes from January:

‘I can’t shake the feeling this may be the best book I read all year, even though it is only the 23rd day of 2017 as I write this. The essays contained within spoke to me so clearly– to my love of literature, my fascination with photography (even when it’s clear I don’t understand/see it with the same critical eye), my concern for social justice and anger about oppression and discrimination. There were curious parallels between my real life and the subject matter of the essays I read each day; nothing earth-shattering, just intriguing coincidences like reading about James Baldwin on the bus ride home from the book group meeting in which we decided to read The Fire Next Time; reading about Selma the week I watched the movie with the same name; reading about the four official languages of Switzerland just an hour after randomly discussing the same topic at work; reading about Naipaul the day I chose to add A House for Mr. Biswas to my library queue, after hearing President Obama was a fan of Naipaul’s work. (I never did like A Bend in the River…) I have been thinking a lot about the essay about Palestine– it might be the most clear and concise discussion of the reprehensible sociopolitical situation there I’ve yet encountered. My highest recommendation for this collection.’

Without question my favorite novel of the year, one I have been recommending to anyone who will listen to me gush. The protagonist is not entirely sympathetic, the plot jumps around in time, and geographically… but overall it is a nearly perfect novel, in my estimation. There are moments of poignant and heartfelt love, scenes to make you bark laughter at the absurdity of the situation described, and descriptions of calculated selfishness and betrayal, sometimes all at once. The opening scene is perfect, the ending is exactly what I wanted. I must recommend you add this to your to-read list if you’ve ever enjoyed John Irving or Salman Rushdie, or if you just want to be absorbed by a well-written, character-driven novel.

Lincoln in the Bardo by George Saunders

I can’t shed any new light on a novel that is perhaps the most-reviewed and most-discussed of the year. I, too, struggled with the format for a few pages… and then it clicked, and I fell in to the story, and I loved it deeply. I had the privilege of listening to Mr. Saunders explain the book and his writing process, followed by his participation in a 4-person reading. Even before that night, I respected his work so much; now, as I mentioned above, he is solidly one of my favorite writers. When I met him after the reading, I was thinking of a political poem he shared with us and an essay he had written for The New Yorker, so of course I blurted out something to the effect of “thank you for your words, you are my life raft (in these dark political times)”. Sigh. He smiled kindly, said I had wise eyes, and signed my book.

ps. Both the poem and political essay are available to read online. 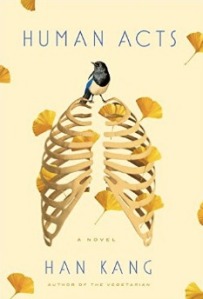 I almost didn’t read this one. The Vegetarian, her previous novel, was not a favorite, and this sounded so dark… which it was, but how could it not be, given the subject? From my review written just after reading in April:

‘Heartfelt, tense, beautiful, and informative. I did not know about the Gwangju uprising (May 1980) so the history was new to me. This novel is told through the eyes of observers and victims of the bloody and brutal stance against the unflinching regime of Chun Doo-hwan. The use of various narrators and historical recall managed to both mask (mercifully) the violence against students, and heighten its effect on those who saw friends and compatriots die. The storytelling was crisp and emotional, the translation beautiful.’

The Story of a Brief Marriage by Anuk Arudpragasam

I still think of this novel often, so slim and with so few characters, and consider it one of the most impactful I have read in many years. Even months later, I recall my sense of what the beach looked like, the strangling heat and humidity, how the characters must have felt as strangers pushed together by war and family and circumstance. It is an emotional and impeccably written book, not one word wasted, and I marvel at the author’s skill to put so much detail, so succinctly, into 208 pages.

The Stranger in the Woods by Michael Finkel

A fascinating read about the Hermit of North Pond, a legend I had heard about for years in murky detail through sensationalized local reporting. The story is astonishing: Christopher Knight lived for 27 years in the dense Maine woods, undetected and without human contact. The story by Mr. Finkel begins after Mr. Knight has been discovered, arrested, and charged for the break-ins he used to gather food and gear, moving between present conversations and past recollections. As a Mainer, it was fun to uncover the story from the hermit’s perspective, and as a reader, it was a fast-paced account of a story unlike any other. 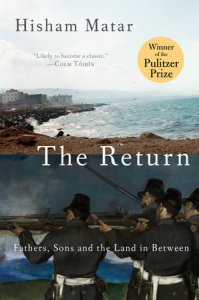 The Return by Hisham Matar

A heartbreaking and fraught account of a family’s experience with loss and fracture. The author’s father was a political dissident in Libya, disappeared after living in exile in Cairo and never seen or heard from again. The author tells his father’s story, as well as he can; some of the story of Libya, from as far back as the time of Italian rule; and his own story as a fatherless son returning to Libya after Qaddafi was overthrown. I cheered when I saw that Mr. Matar won a Pulitzer for this book. To be recognized for the importance of the story and the strength of his writing is the least he deserves.

Somebody with a Little Hammer by Mary Gaitskill

Oh, Mary Gaitskill, how I adore you. One of my favorite short story authors, I somehow never knew her talent as an essayist. From my review in May:

‘Finding this collection of essays was like finding a treasure chest long-buried in the attic. Like her or not, Ms. Gaitskill has a strong and familiar voice. I admire her frank discussion of all manner of subjects: books, music, movies, art, sex, love, treatment of others. I used to think her “shocking”, because she says and writes things I don’t often see, but I realize she is truthful. I don’t think her words are intended to provoke, or shock, just to make the reader consider something or someone in a different light. It’s refreshing, and interesting.’ 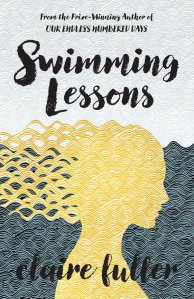 Boy, was this novel ever more than I expected. I like to read books “cold”– even when recommended by a friend, I beg for no more than basic plot info, so I can discover on my own. I never read reviews or criticism beforehand. As such, I really didn’t know anything more than this: there’s a husband, and wife, and some discovered letters. The story that pours from these letters is half love story and half confessional, with a whole lot of mystery and feelings stirred up and stirred in. The plot alternates between current-day, narrated by one of the couple’s adult daughters, and letters from before, written by the wife. The timeline stayed hazy for me, and my feelings about each character shifted dramatically as the letters were revealed. I loved that aspect of the story. I had no idea where the plot was going and was honestly surprised by the way the story played out.

This novel broke me in half. I was quite literally breathless reading most of it– I would have to pause, remember to breathe, and then continue. The characters are crisp and distinct, especially Jojo. There is so much pain, love, devotion, and loyalty in the story… I’m not even doing it justice. There are no words I can offer that haven’t been shared by a critic or fan, so I will say simply: read this book. It is not easy to read, but it is important and exquisite and worthy of every bit of praise, every award. Ms. Ward is clearly one of the best authors writing today. May she bless us with dozens more novels like Sing.